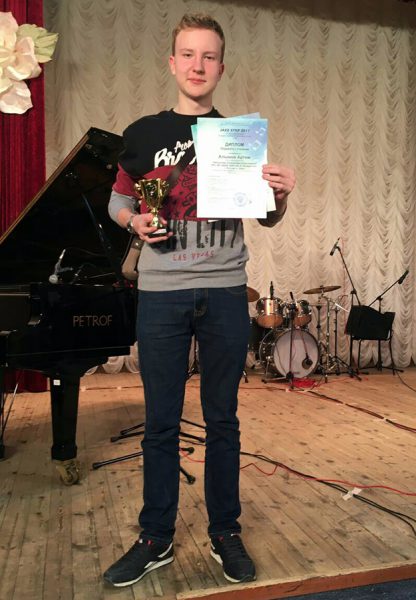 Since the age of four, Artem Alymov has been studying music at the Kim Nazareth Children’s Art School. “I myself asked to go there. Most of all I wanted to enter a children’s jazz orchestra, ” – the boy confessed. When he was six, the cherished dream came true: the child became the smallest member of the collective, having secured the trombone part.

The artist began to diligently master the instrument. With each new musical phrase taken, the skill and love for those melodies that the trombone can “sing” grew. Then the creative victories followed: successful participation in contests and festivals in his native Rostov-on-Don, Moscow, Sochi, Perm, Veliky Ustyug, Crimea.

“The boy dreams of entering a prestigious musical educational institution, and for this you need a solid” portfolio “- participation in creative competitions. But almost all of them are on a paid basis, but there is not enough money in the family”, – the relatives of the child addressed the” Children of Russia ” Foundation. They confessed: to enter the doors of the charity they decided, because the Rostov Orchestra invited to the prestigious Sochi IV open competition of variety and jazz performance Jazz Step.

“We gave Artem the opportunity to go there with the whole team and take part in solo tests,” said Julia Nutenko, the director of the foundation. – And in return the young man brought us a wonderful gift – 1 prize in the nomination “Instrumental performance”.

The youngest champion modestly confessed: There were a lot of gifted contestants, and he had no particular hope of winning. And afterwards, when the reward was already in his hands, he was most glad not to the first place, but to the fact that he deserved the praise of his teacher.

“It seems to me that with the help of my instrument I can express feelings and put them into those melodies that I play,” Artem shared. “I hope that this summer I will be able to enter the Gnessin School in Moscow and continue trombone classes there.” 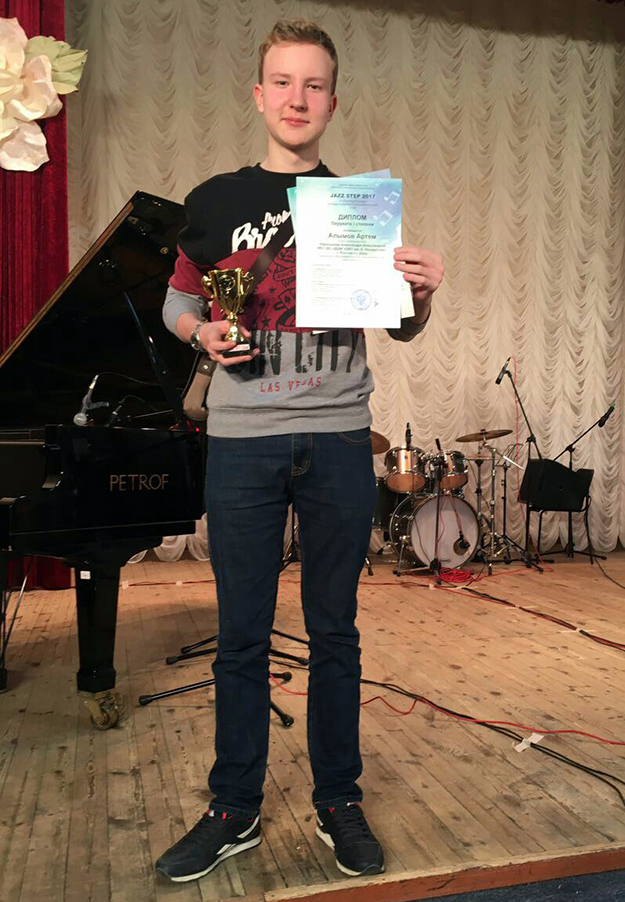