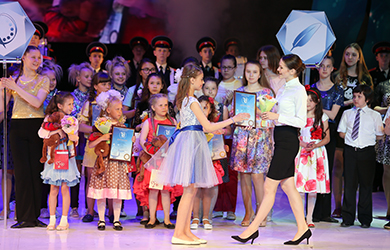 This year the festival was held for the 16th time. It would seem, there is considerable history, what can surprise the audience? “Every year, the contestants give us their unforgettable works, and make real creative wonders – smiled Julia Nutenko, the director of the foundation.- Therefore, we as the organizers, are obliged to keep up with them and discover new sides of immensely rich and fascinating world of children’s creativity to the audience.” 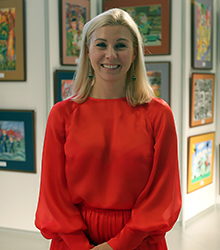 Every year, young talents lift the creative bar higher, sending their vocal recital programs, stories and paintings to the jury. This year the creators’ unlimited imagination embodied in the two topics ” The battle is over long ago ” and “the world that I need.”

War and priceless peace, pleasure of each new day and endless love for family, friends and all flesh – that’s what the concert’s participants with all their hearts shared from the stage. The contestants arrived from all over the country – from the Murmansk region to the Republic of Crimea, to take part in the ceremony, to sing and perform a real mini-show. Arina Danilova , the participant in the main children’s vocal show of Russia, “The voice. Children”, also, joined the concert.

It was my pleasure to accept the kind invitation to be the master and guest of this wonderful ceremony, because I myself engaged in creativity, I like to sing and perform, and I always ready to support those who take part in competitions and want to achieve success “, – said Arina.

Lively, spontaneous young rising star in won all the organizers and the audience’s hearts with her sincerity and outspokenness. However, as all the guests of the gala concert were able to ascertain that on May 29 at the Youth Theatre, there was a ceremony prolific in young artists, each of which is talented and inimitable. In such a way, it seemed that the song “I’d like to draw a dream” of young Zarina Suleymanova, from the village of Chishma(The Republic of Bashkortostan), sounded for the first time, and incredibly touching. Like it is exactly this crystal-clear sound with which it is necessary to give the audience these lines.

Elizabeth lived in the village Novopokrovsky (Krasnodar region). She is tall, stately, with a real beauty of the Russian south was able to render a song in the style of “folk” in such a manner , that it has become truly modern one. ” Frankly speaking, I’m not so fond of the folk music, but I was surprised by the performance of Elizabeth ,” – said Margarita, the guest of the concert.

Lively programs by “Baby Boom”, the group from Chelyabinsk and Mikhail Romanov from Gaya (Orenburg region) forced to dance, clap and stamp down even the most modest audience and raised a smile on their face. 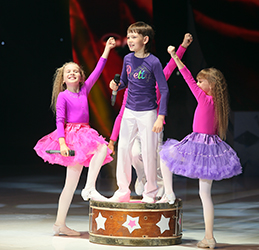 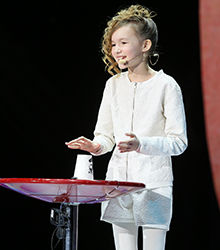 The competition “Diamond Patterns” is unique because it integrates both- professionals (boys and girls, who are engaged at schools of arts, creative studios with teachers) and those, who haven’t got proficiency. The same rules for all nominations: the experts of competent jury can see only a creative work – a story, a picture or a record of performance, name, surname and age of the participant. Such approach of the Charitable Fund “Children of Russia” and its president – Andrey Kozitsyn, the general director of Ural Mining and Metallurgical Company, allows to discover new talents every year and to gather a constellation of the real young gems (who start shining more brightly thanks to the competition) at one stage during the gala concert.

In such a way, a few years ago “The posh kids” a group from the city Guy (Orenburg region) won the grand prix of competition and a trip to ”the Berlin gem” festival, where they have won the second place in their age group. The success of children from Orenburg region became only one of many others.

The Republic of North Ossetia-Alania, according to the history of the competition, no less rich in talented singers, but also painters. By recognition of judges, the art school of Vladikavkaz distinguishes itself by the originality, unique outlook and stylistics.

As for the region’s vocal traditions, Timur Slanov from the Chermen village, the boy with a unique “altino” voice won all the audience hearts in 2012. At the moment, Timur shines on stages of La Scala, the Mariinsky Theater, he performed as the main soloist of choir under Valery Gergiev at the olympic games opening ceremony in Sochi. But he is not the only “star” contestant from RONO-Alania. In 2014 the first prize and applause of audience won young Alika Tuayeva, and in 2015 one of the most unusual gala concert program was presented by Olesya Aguzarova from Vladikavkaz. According to experts, the girl has a brilliant voice and possibilities.

Over the years, in the literature competition, also, were shown its own particularities. There is no need for author in a scene or beautiful suits, or in paint and brushes – it is enough a piece of paper where he can express the most incredible art worlds. Therefore, apparently, in this category there are lots of participants from the backwater- small villages, rural areas, townships. There’s leisurelier, honester, quieter life, there is time to stop, think and say something what the urban dwellers usually don’t even notice in their daily bustle.

There were boys and girls from the villages of Troitskoye (Lipetsk region), Usolye (Samara region), Zarechnoye (Novosibirsk region), Sosunovka and Staroye Shaygovo (The Republic of Mordovia) and many others among the winners of the literature nomination. 10-year-old Ksenia Adamyanets came from the Borozdinovskaya village (Voronezh region). It is the first time when the contestant departed somewhere from her native settlement, and it is her first flight, she saw the revolving doors, escalator and elevator…Also, for the first time she has won a prize and the audience’ applaud her story.

“It is extremely important to arrive at a gala concert and get a reward – for those children who are trying to be unlike their peers, who try to create succeed as a person”, – marked Yulia Nutenko.

In a few months the organizers will prepare for the next XVII “Diamond Patterns” contest. It is open to all new, practically without borders, conditions and obstacles such as  admission fee or the face-to-face elimination round. The only strict rule of the contest “Diamond Patterns ” to be performed by all participants is to be unusual, open, honest, and remember that any success requires to compete even harder. 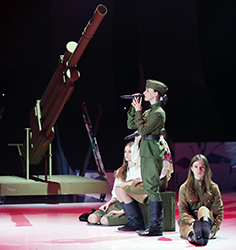 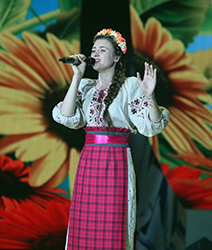 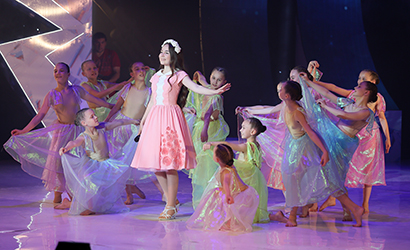 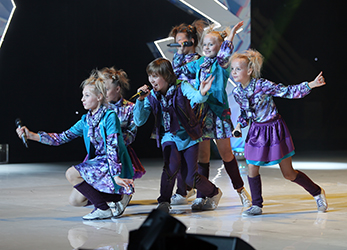 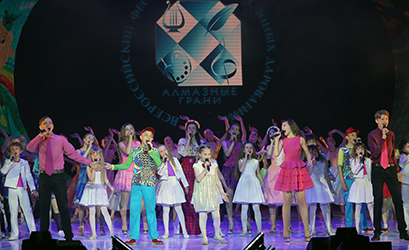