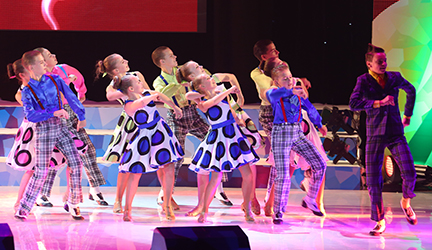 In the language of talent

Each project of the Fund gives its kindness to children, like the fairy seven-coloured flower which fulfils the kindest and the most warm-hearted wishes. Someone was able to take part in sports competitions, festivals and contests and to bring his or her talents to light, others could visit concerts and exhibitions organized specially for them; hundreds of severely-ill children got help in treatment and rehabilitation. During the 15 years of the existence of the Fund these dreams that came true, fairy sparkles of smiles and happiness have flown to different parts of Russia.

It seemed that the concert united all acts of kindnesses: the most challenging and the most brilliant undertakings, friends and wards were reminded. It was a feast of talent and creative imagination: the Fund was congratulated with ringing voices, enchanting dances, and the best creative performances of the prize winners of the all-Russian contest-festival “Diamond facets” from the Caucasus to Sakhalin. Alisa Tuaeva from Vladikavkaz, for example, is a frequent participant of international and all-Russian contests and festivals. But an invitation to Yekaterinburg was a joyful message for her and her creative director.

For a young vocalist Yury Agababyan from the Verkhnerusskoe settlement, Stavropol territory, the “Diamond facets” was also an important event. The youth admitted that it was a great honour for him to become a prize winner of such a high-level contest and to sing in the concert. When the boy was singing a touching and emotional song “Santa Lucia” all of the spectators were convinced that he had won the prize for his outstanding vocal.

For some of the participants it was the first performance at the big stage. Members of the ensemble “Oscon” from Battal village in Bashkortostan, a small 200-homestead settlement, visited a big city and performed at the big stage for the first time. They were distinguished among other participants, as well as their original, brilliant, unforgettable dance. They were even speaking with each other in their native Bashkir language.

“Our children had never before travelled so far from their village, that’s why this invitation is a great event which will be remembered for a long time and associated with the most positive emotions”, Aybulat Agleev, one of the ensemble’s directors, says. “I’ve seen that the concert is called “Giving kindness to children” and I want to say that such festivals like “Diamond facets” are like a talk in the language of kindness without which it’s impossible to bring talents to light”. 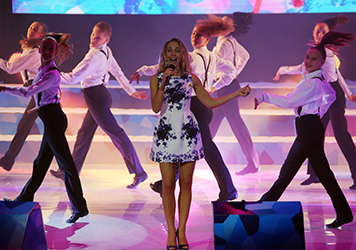 A bunch of good deeds

If you want to paint the whole history of the 15-year-old Fund you will have to take the most sparkling and the liveliest colours, which are as bright and original as all its projects: sports festival “Sem-Ya”, “Little TVMiss” – a contest of young TV hostesses, Christmas campaigns and, of course, “He needs you”. More than 200 severely ill children got help of benefactors thanks to this project. The story of each child, participant of the project, is causing the dragging paint in the heart but when the long-awaited help is got nothing can be compared with this joy!

Several years ago a portable stairlift was bought with the aid of benefactors for Kseniya Kaminskaya, a girl suffering from infantile cerebral palsy, so that she could go to school. The two dearest dreams of this courageous girl and her mother were to get on feet and to sing at the stage.

One dream came true on the eve of the anniversary concert: in London the girl underwent a spine surgery and was able to make the first steps with the help of walkers. The other dream came true during the concert: she was performing together with a pop-singer Yuliya Kovalchuk in front of several thousand spectators. “The most important thing is that people should see the girl’s beautiful eyes and hear her wonderful voice not noticing the wheelchair”, the pop-star said before the concert. Ksenya Kaminskaya was working hard for the performance without even finishing her post-operative care. She had to learn from the very beginning how to sing as well as how to breathe and to speak. And her eyes were shining: she was a star of this evening.

The song of Yuliya Kovalchuk and Kseniya Kaminskaya flew away to the audience, one more wish came true and another performer came to the stage. With her ringing, crystal clear voice Albina Gushina from Krasnoyarsk, a winner of the “Diamond facets” contest, looking like a fairy, sang a song about a flying angel.

As the hostess of the concert said, everyone has its own guardian angel in the sky. And a badge of honour “A guardian angel”, the special prize of the “Children of Russia” Charity Fund, was awarded to Larisa Fechina, the head oncologist of the Sverdlovsk region. She has become a real guardian angel for many severely ill children. 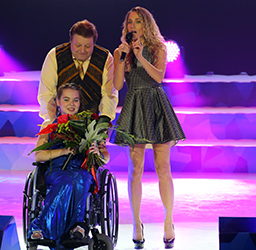 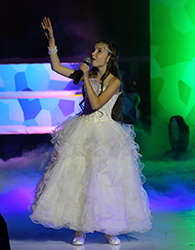 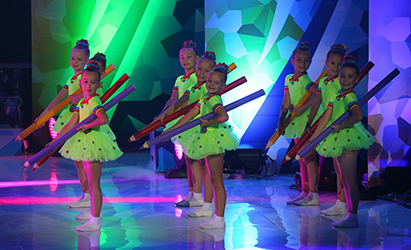 To be a miracle for someone

Not only newly discovered participants of the “Diamond facets”, but also already well-known little performers were shining in this concert. Boys and girls of the “Majorchiki” ensemble came from the town Gay of the Orenburg region. In 2006 the children of this concert (now they are already grown up) won the hearts of the judges of the “Berliner Perle” contest. Nelly Kolchina, a double winner of the “Diamond facets” Grand-Prix and the winner of Grand-Prix of the international festival 2013 in Spain, was also singing for the spectators. Yugorsk (KhMAD) was represented by the famous ensemble “Lapushki” and Vladivostok by two dancers of the equally well-known ensemble “Alice” who had to overcome 7325 km to get to Yekaterinburg.

“15-year anniversary of our Fund is a remarkable feast”, – Yuliya Nutenko, the director of the Charity Fund “Children of Russia”, says. “And what is the best illustration to its activity than children who are coming to the stage and talking about our projects in the language of dances and music?”

Each performance of this anniversary concert was like a fairy petal of the magical seven-coloured flower. Each of them was radiating with something special: joy, light sadness, lively energizing strike from the well-coordinated rhythmical movements of the dancers. All good deeds of the “Children of Russia” Fund are as different and multifaceted as the participants of the anniversary concert and their performances. The Fund shows with its each new undertaking that charity and charity givers can be different and that the kindness is blooming in our hearts from the good deeds. 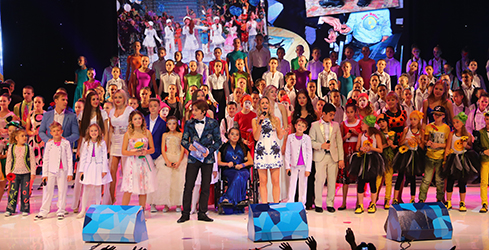 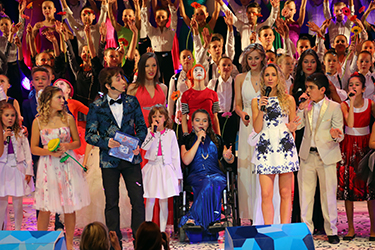