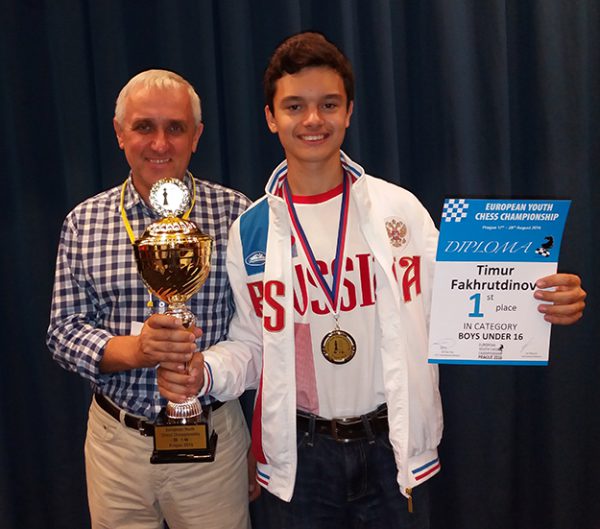 In the big hall was total silence. A lot of people: girls and boys, serious men and women didn’t say any word. All views were concentrated on two young boys. It was the final round. There was a lot at stake – the title of the European Champion of 2016 year. The “crown” of winner could win the boy from Austria and the ward of the charity fund “Children of Russia”, the FIDE master from Verkhnyaya Pyshma (the Sverdlovsk Region), Timur Fakhrutdinov. As the result, the main prize “flew” to the Urals.

Sergey Zhuravlev, the coach of Timur said: “I’m so happy for Timur. More than that, I want to thank the charity fund “Children of Russia” for its support. I was sure that he would win the final road, which lasted 6 hours. Timur showed his strong character and won the main European title for the second time. Our team achieved positive results and I supposed Timur was an example for everyone”.

Teachers of the Ural Chess Academy agreed that the good results of Timur give motivation to other students to train harder. It is enough to recall the passion and flame in the eyes of young chessers, when they observed Timur’s games in 2014 and 2015 years. Maybe Leia Garifullina, the gifted girl, was among viewers. The girl took the second place among girls under 12 in the European Championship. She participated in this event with the support of the charity fund “Children of Russia” too.

Julia Nutenko, the Director of the charity fund “Children of Russia” said: “We congratulate our wards and we are proud of all Russian team. Timur is our ward for 4 years and we are so happy to see his progress. And I believe that the second place of Leia Garifullina is only the beginning”.

The Russian sportsmen won 15 medals on the European Championship. The sportsmen from The Urals won 4 medals. There were Timur Fakhrutdinov, Leia Garifullina, Candidate Master of Sports from Nizhny Tagil, Valadar Murzin and seven year old chesser from Ekaterinburg, Artem Pingin. 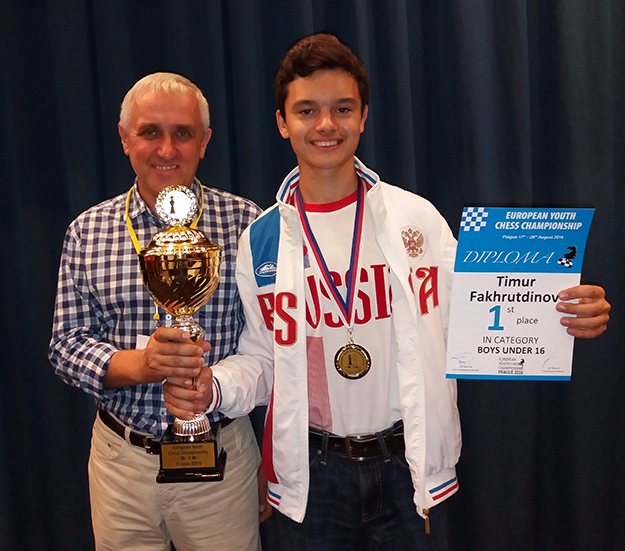 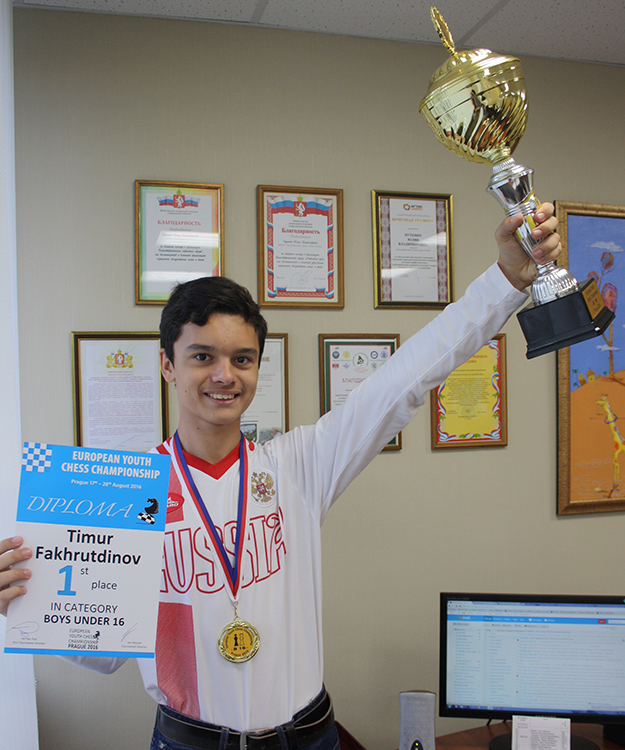 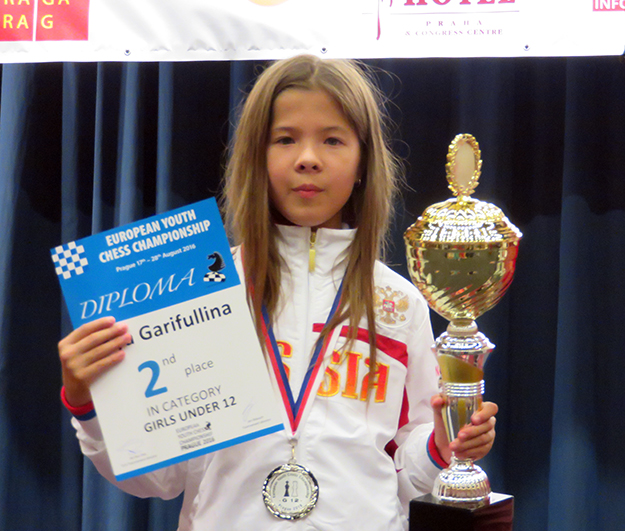