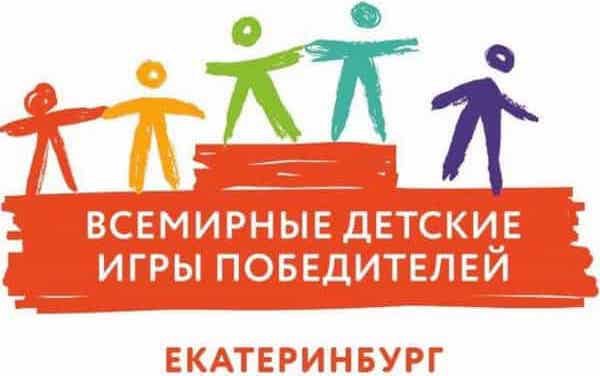 So long as the adults have completed the necessary documents, the children tried on the uniform and sincerely rejoiced: finally, the feast begins! They, the participants in the first regional stage of the World children’s game winners, were eager to start. Table tennis, chess, athletics, shooting and swimming are five kinds of sport that competed children from different towns, villages, and towns in the Middle Urals.

Thanks to the team!

“Hurrah, we’re the first!” “I’d like that every year.”-12 years Yegor Kovalev “flew” to mama after another party, still holding a rocket in his hands. While the tennis players noisily and cheerfully played match after match, in the next room the battles were in a quite different atmosphere  The fury is the same, but the battles are in silence, under the ticking of the clock, behind a chessboard.

A man and a woman, holding on to the side of the game, nervously watched one of the parties. Worried, anxious, and were afraid to come over not to distract the son. A few minutes later, the boy, by appearance calm and serene, limping, came to them: “I won. Now 2:0.” Why is he so serious? According to the parents, the chess for Arthur Stepanov is not just a game. At the age of three, his father inspired him, and then the boy, already in hospital, during the treatment, taught mom. “So we spent time, it distracted us and helped to move forward,” a woman shared.

One of the cardinal qualities of a chess player is to be able to calculate the steps in front and make combinations, to sacrifice a piece for the sake of the victory. Arthur Stepanov mastered this science as much as the grandmasters and even the champions of the world. One day he had to do both first and second, but not on the board, but in life. “After a few years of therapy, we realized that it was useless to fight for the leg.” We took the kid to the surgery. The son understood everything himself. When the doctor asked him if he knew why he was here, Arthur said: “Yes, to cut the leg.”

Standing near the parents, seriously and confidently, with a prosthetic, the boy went back to the board. He had a chess fight for the first place and an opportunity to prove that he would not give up.

Each participant tried to run faster than lightning; diligently aiming during the shooting. The warm-up with the olympian Yury Prilukov, the first swims and the first results. “We have 2.56 today – this is our record!” “Usually 3.31, no more”,  – shared the mother of Arsenia Kuzmina.

By the words of the children and their families, such achievements in the two days of the games got everyone: to finish first, be faster than a neighbor, just run like a 13-year-old Julia Neljudimova. The girl is still on treatment in the oncology hospital and can walk only with the help of crutch, but she has decided to be in general pass, on the same basis as those who have already been cured.

At the time of the awards ceremony, the prizes and winners were raised one by another at a pedestal. Among the first – also fighting, assertive Vera Abaturova from Revda. “When my daughter was with her mother in the hospital, I went to them every day,” told her dad, Sergey.  – I don’t remember flying by car to Yekaterinburg – 120, 130 kilometers per hour. I only saw those numbers when I was ticketed. Got the paper and drove on. And today … We’re celebrating a holiday today. “I didn’t even expect that we would get a reward and that the daughter would like it.”

Twice behind the prizes for the first place went up Ivan Grigoriev from the village of Baranchinsky of the Sverdlovsk region and Kirill Buslyakov from Verkhnyaya Pyshma. Professional athletes, at the school level “4” and “5”. Real winners … No, WINNERS. Both joined the 11-person team to defend the honor of the Sverdlovsk region in the final stage in Moscow.

“Every member of the game is already a winner,”  – Vladimir Beloglazov noticed, the vice president of “The Children of Russia” Charity Foundation. – Everyone has won his main battle –  for life.” What is behind these big and true words? Not only champions, medals and decorations, but quite a different picture.

Arena. The competition’s over. A little girl, Valeria Yarina, is bursting into tears, showing parents a completely clean target –  never got caught. “I got it, I know I got it!”, sobbing she. Suddenly mom hugged her and started laughing. A worried dad grabbed a woman and a girl and also burst out happily laughting. Both were calming her down: “We’ll go to shooting club, we’ll learn, we’ll be the first by all means.” They had joy on their faces. There is an infinitely big future and many plans ahead.