“The young starlet of Ossetia” Nelli Goncharuk is famous in every part of our country. Student of the music school at the College of Arts n.a. V. Gergiev is a real pop-star of Ossetia. She performed with the Chamber Orchestra in the State Philharmonic, participated in charity concerts like “For disabled children”, “We are against AIDS” and in the solo charity concert “Fairy Star” dedicated to the Children’s Day.

Polina Kalinkina became a foundation fellow of the charity fund “Children of Russia” in 2012 after the taking the first place of the All-Russian festival-contest of young talents “Diamond Planes”. The young resident of Voronezh conquered hearts of the jury and the audience by her artistry and her strong and sweat voice. Voice of Polina can demonstrate all the beauty of Russian folk songs.

Nelly Kolchina became a foundation fellow of the charity fund “Children of Russia” in May 2013. She won the Grand Prix of the XIV All-Russian festival-contest of young talents “Diamond Planes” in the vocal nomination. Nelly is the winner of many Russian and International festivals and competitions despite her young age. Her unique voice and singing talent was noted in the final of the national children’s selection contest “Eurovision – 2009” and “Children’s New Wave – 2011”.

The final of the national children’s selection contest “Eurovision – 2009” 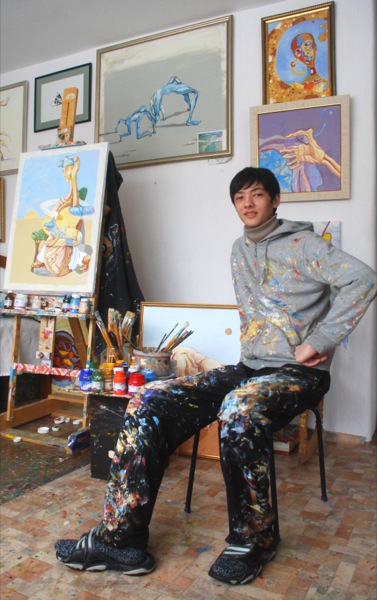 The young painter from Ossetia Timur Andiev is one of the most outstanding discoveries of our charity fund “Children of Russia”. Now his name and his pictures are famous all over the world. Journalists of the leading TV channels and information agencies think that “he can demonstrate something new to the world”. The charity fund “Children of Russia” supports Timur and organizes his exhibitions throughout Russia.