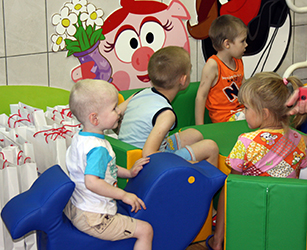 The charity fund «Children of Russia» opened a playroom at Children’s Hospital of Rubtsovsk town (the Altai Territory). Now young patients have a bright room where is everything for games, activities and interactive rest.

The walls of the room are decorated with images of favorite cartoon characters: There are Dunno, Masha and the Bear, and Smeshariki – all of them are smiling to young visitors, and invite them to sit down at the table and take a multi-colored coloring and pencils or “dive” in the dry pool. There is everything children need for gaming in the multi-colored cabinet: erector sets, dolls, small strollers, and for those to whom the erector set seems too small, there is a huge inflatable, from which you can build a real town.

This room is 11 room that the fund has opened and each project is special. So, in Vladikavkaz (Republic of North Ossetia-Alania) during the creation of such room people paid particular attention to arrangements for rehabilitation, in Krasnoturinsk (Sverdlovsk region) room is divided into two zones – for recreation and for psychological relief, and the room in Borisoglebsk (Voronezh region) is equipped with two in one – for games, and for training.

The game room built in Rubtsovsk, can rightly be called the most interactive of all opened rooms by the fund. Along with toys and special furniture available to hospital patients there are projector with screen, computer, and a large TV.

In the playroom of the hospital of Rubtsovsk there were invested efforts and the desire of many people to make the recovery of young patients as quickly as possible, to give them new thrills. All costs for repair of the room took over the company “Siberia-Polymetal”. “We hope that our work will help the children to recover, and doctors – to treat”, – said Vladimir Gorbachev, Director of Personnel and General Affairs during the opening of the room.

– There was a major work, in order to transform this room, to make it bright and colorful. – said Yulia Nutenko, director of the Charity Fund “Children of Russia”. – We and our partners, JSC “Siberia-Polymetal”, brought to life long-standing joint plans. The opening of this room is the next step in the implementation of the program “Children in Hospital” (make a link to the project), and in the same year, there are plans to open similar rooms in Kemerovo town and Mednogorsk town (Orenburg region). 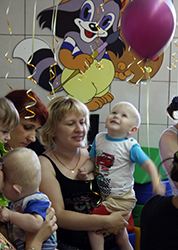 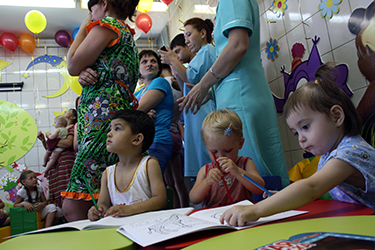 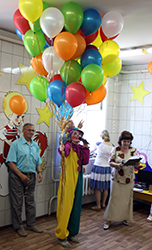 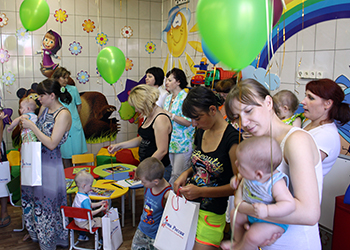 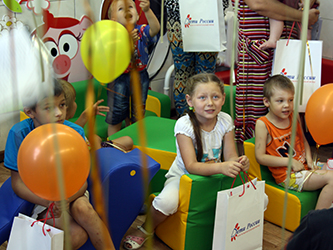 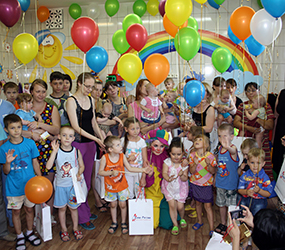