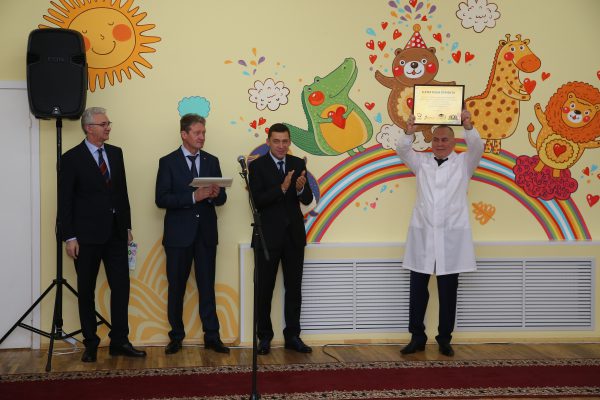 In a few last days 6-year-old Dasha comes back to the ward skipping after morning procedures. Her mother Eugenia supposes that in a new block of the Medical rehabilitation department of CMCH No.9 you begin recovering and inspiring with fine mood even before the session starts. The walls with bright pictures, comfortable atmosphere of the halls and rooms help to smile more often and forget about disease.

In order to achieve precisely this, almost wonder-working, effect the Fund “Children of Russia” and UMMC (Ural Mining and Metallurgical Company) have been carrying out a whole complex of works since 2015. A system of controllable halotherapy “Salt chamber” was established. From the beginning of 2017, repair of medical rooms, the exercise therapy room, halls, reconstruction of roof, and wall-paintings have been held. The swimming pool, which had been worked only several years throughout the thirty-year-old history of the hospital, at the very beginning of the institution’s history, has been completely remade and equipped as well.

“Today a new lease of life of the Medical rehabilitation department has begun”, – the high-ranking guests of the opening ceremony were of the same opinion of this too. The governor Eugeniy Kuyvashev, the head of the municipal administration Alexander Yakob, the president of the Fund “Children of Russia” and the Director General of UMMC Andrey Kozitsin have inspected the renewed rooms. Activities or procedures were being held in all the rooms. As the doctors told, work of the renewed block stops only for technical timeouts and sanitization.

“Thanks to the fact that after the repair we’ve got additional opportunities, we will be able to increase the passability by 1.5 times”, – Elena Chernova, the head of the Medical rehabilitation department, shared.

To undertake not 70,000, but about 100,000 procedures per year – the doctors drew up such new prospects of work. Aleksey Sulimov, the head of the Department of neurology of CMCH No.9, the main neurologist of Yekaterinburg, was pleased to tell about the new opportunities for his patients now. According to him, in the therapy of neurological diseases even an atmosphere itself cures. “And now there is also a swimming pool! This gives us great opportunities to help children. After all, what the child begins to do in water, then we can easily demand it from him on land too”, – the expert noted.

The children, looking back at the unusual guests in suits and ties, journalists with television cameras, tried to digress from their primary occupation – treatment – as little as possible. In the exercise therapy room a training session was being held, the physiotherapeutic procedure rooms were occupied too. In the salt chamber there were little “Eskimos” sitting on the soft chairs: in order to keep the salt pure and to protect the patients’ skin from its exposure, the children were wrapped up in special costumes as thoroughly as possible.

“To tell the truth, we were looking forward to opening of the new block”, – Irina Vantseva, the “hostess” of the halochamber, a nurse of the Physiotherapy department, told with a smile. – “Some time ago specialists from other departments began to look in on us. They say that they are delighted. But in fact they probably feel jealous a little”. 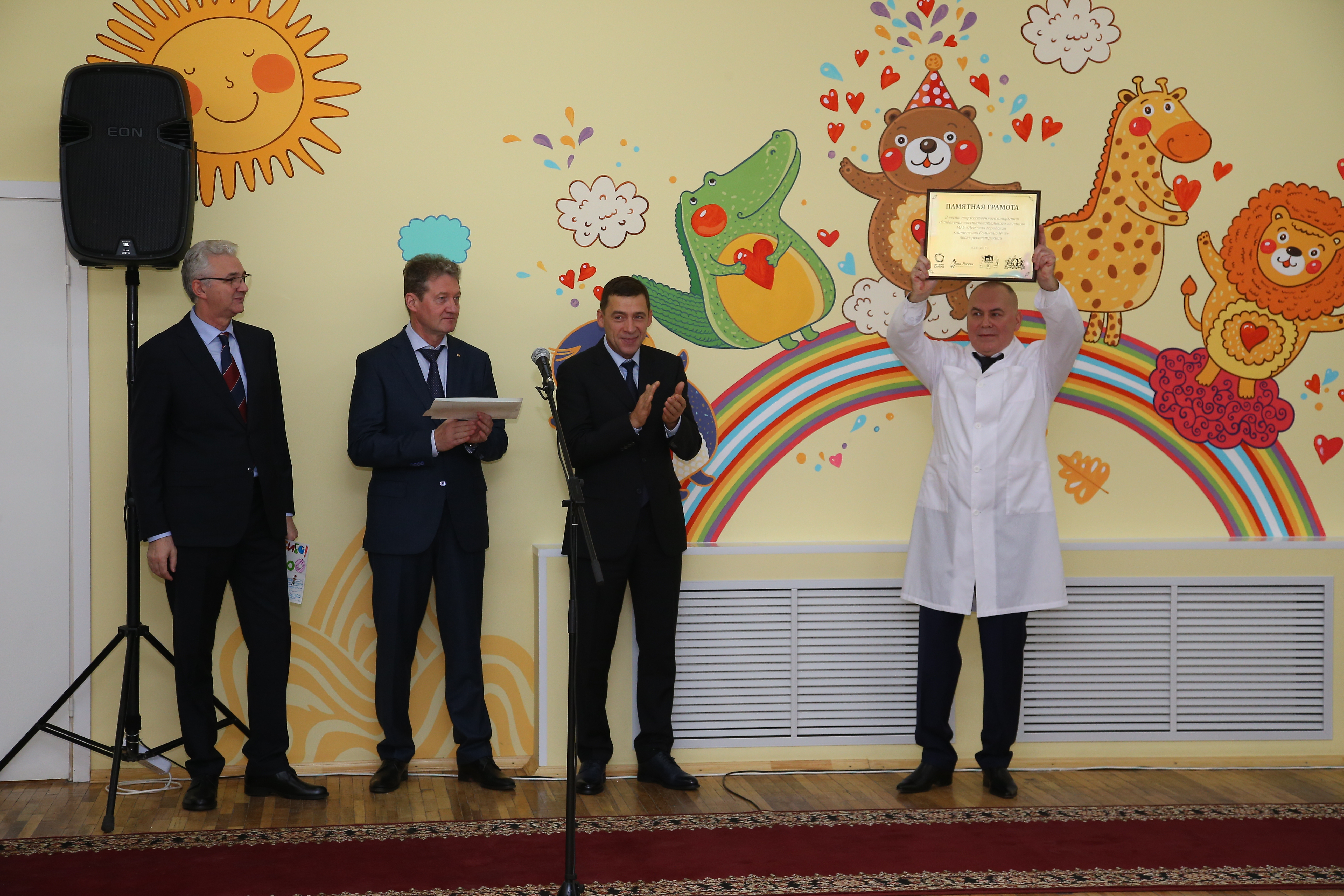 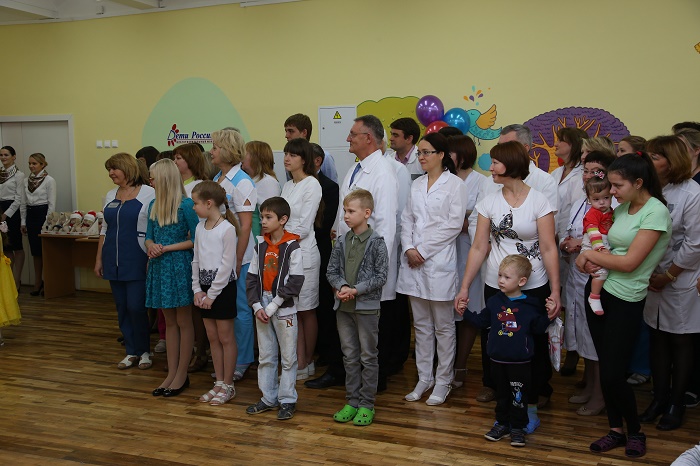 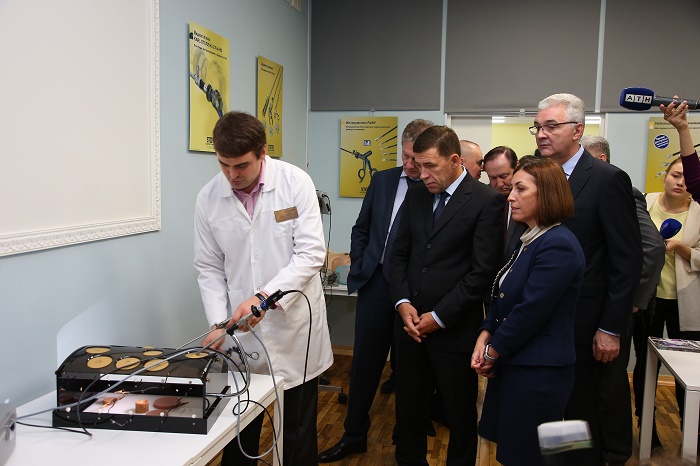 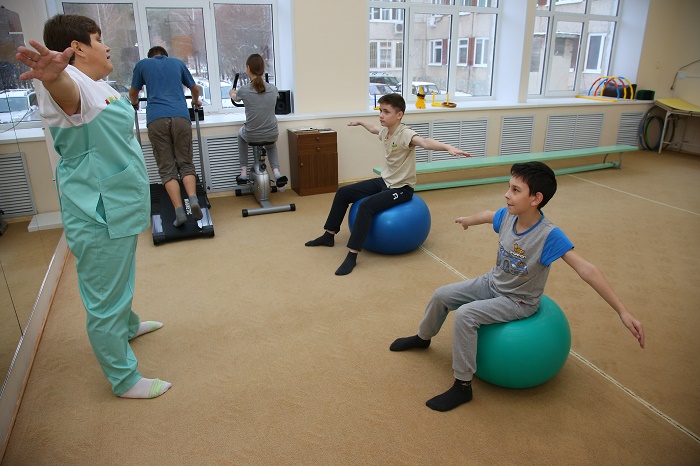 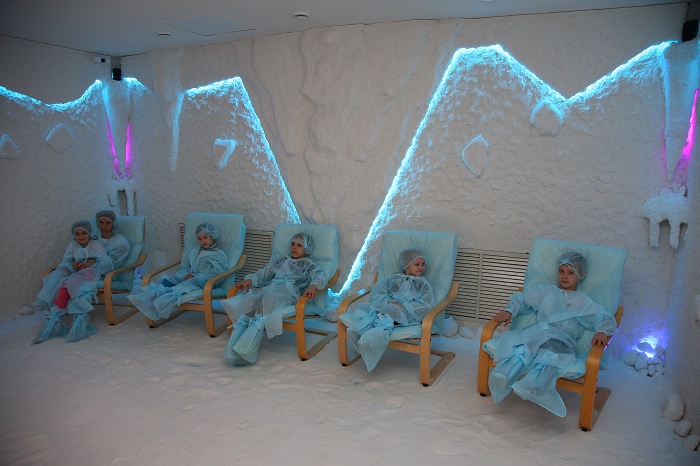 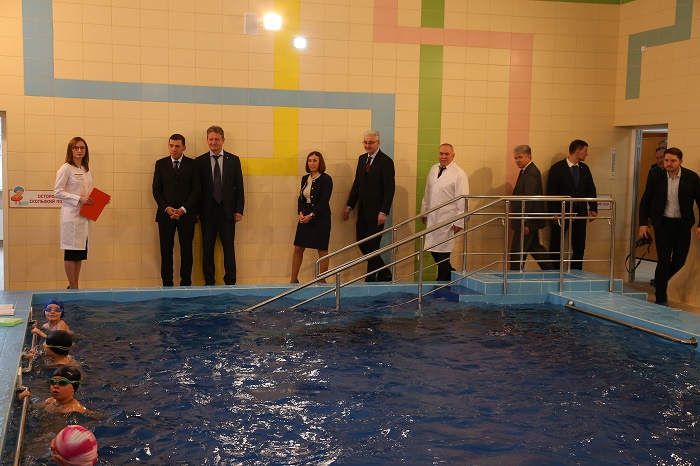 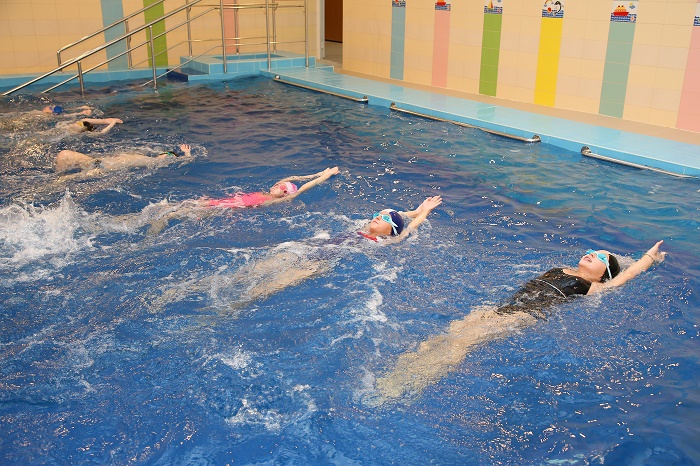