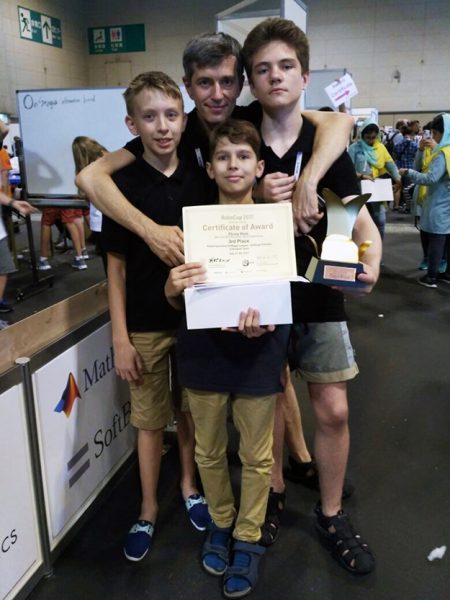 Felix and Arnold can speak; they dance carefully watching each other’s movements. During the action the “artists” change their rhythm and adjust to the partner, and their electronic hearts are beating like one. Three young inventors from Yekaterinburg have created these robots, taught them talk and move to music and, under the guidance of a professional choreographer, even staged a whole turn for them.

Daniil Bayderin, Veniamin Bobakov and Alexander Isakov have designed these nearly alive machines, thought out even the slightest bend of the head of their electronic creations and written it in the program code. The work of the young inventors was appreciated by the jury of the national stage of the championship in robotic engineering “RoboCup” in Tomsk. They, the winners, were invited to the final of the competition to Japan.

To create a new turn for the “dancers” and even to teach them speak Japan were not difficult for the children. But where is the money for the trip? Neither Leonid Bayderin, a teacher of the studio, nor the leadership of the Students Activity Center where the boys were engaged, knew the answer to this question.

“We were contacted by a letter in which we were asked for help to pay for the trip of three young inventors, — Julia Nutenko, the director of the Fund “Children of Russia”, told. — We realized that the children were really talented, appreciated their achievement at the federal level and decided to give them a chance to sparkle in the whole world too”.

And now, about 3000 pupils from 42 countries arrived to a Japanese city Nagoya for RoboCup – 2017. Each of the presented wonder-robots is the result of the precise mathematical calculations and the work of creative imagination. Five Sverdlovsk inhabitants – Daniil Bayderin, Veniamin Bobakov, Alexander Isakov and, naturally, Felix and Arnold – competed in the world league Junior, in the nomination “Theatrical shows with robots”, and came third.

Some of these days the team of winners, happy and proud of their world success, returns from the Land of the Rising Sun. Surely, with new ideas for the next stage of the competition which will be held in Thailand. 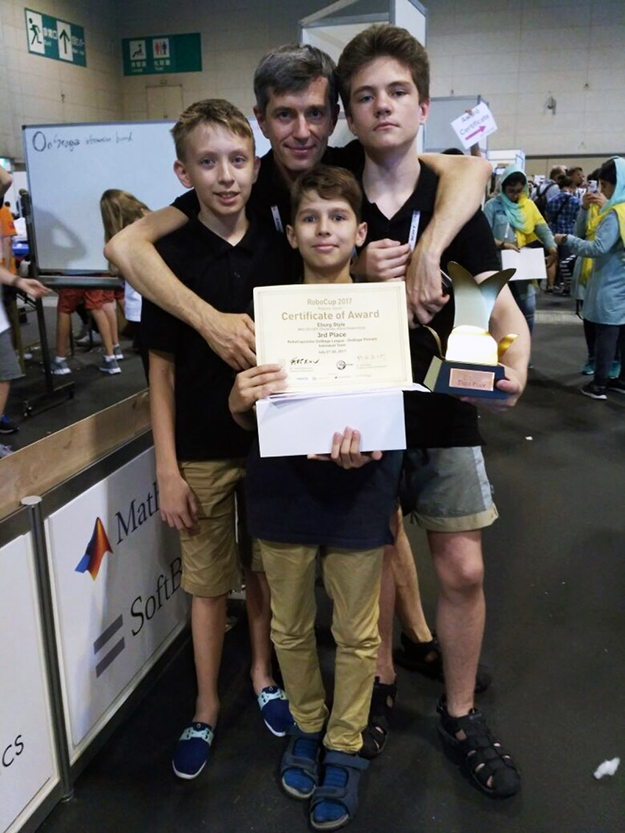