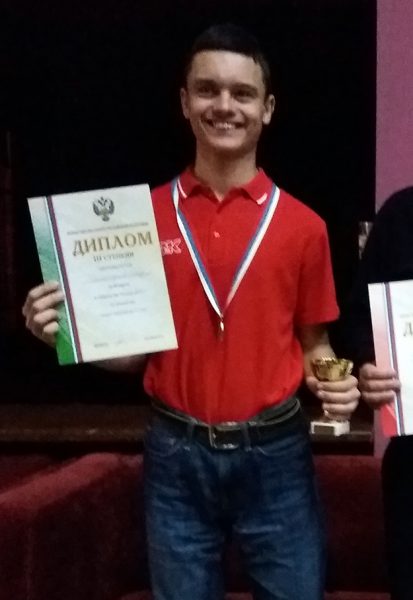 Uralets Timur Fakhrutdinov, a gifted chess player, a scholarship of the “Children of Russia” foundation, a two-time European champion and first-grader Kazbek Gioev from Vladikavkaz are not familiar with each other, but “met” on the pages of this site not by chance: the reason for this is the successes they have achieved thanks to the fund.

Timur Fakhrutdinov recently returned from Sochi, from the Russian Championship in chess, where he took 3rd place in the main junior standings, 1 place in fast chess and 3 place in blitz tournament. Timur’s awards are not only a great personal achievement, but also another success in the bank of all Ural chess. The 16-year-old sportsman is included in the Russian national team and will represent our country at the championships of Europe and the world.

If Timur Fakhrutdinov has firmly decided that he wants to become a real “chess king”, then Kazbek Gioev is just trying himself in various fields – such as science, painting, essayism, theater, robotics and even swordplay. Why does not the scale bow to one side? Because everything is interesting to him and it turns out everywhere to achieve victories. Among the recent – 1 place at the XIV Regional Competition of Young Researchers “Step to Science”, prize place in the artistic nomination at the XVII All-Russian competition “Diamond Planes”, 1st place in the All-Russian competition “I Draw the World”.

Thanks to the fund, Kazbek took part in the XIX All-Russian Conference of Scientific and Creative Works “First Steps in Science”, where he did not only receive a diploma for the victory, but also was awarded a special badge of distinction. This silver cross is handed only to the most extraordinary and promising participants. 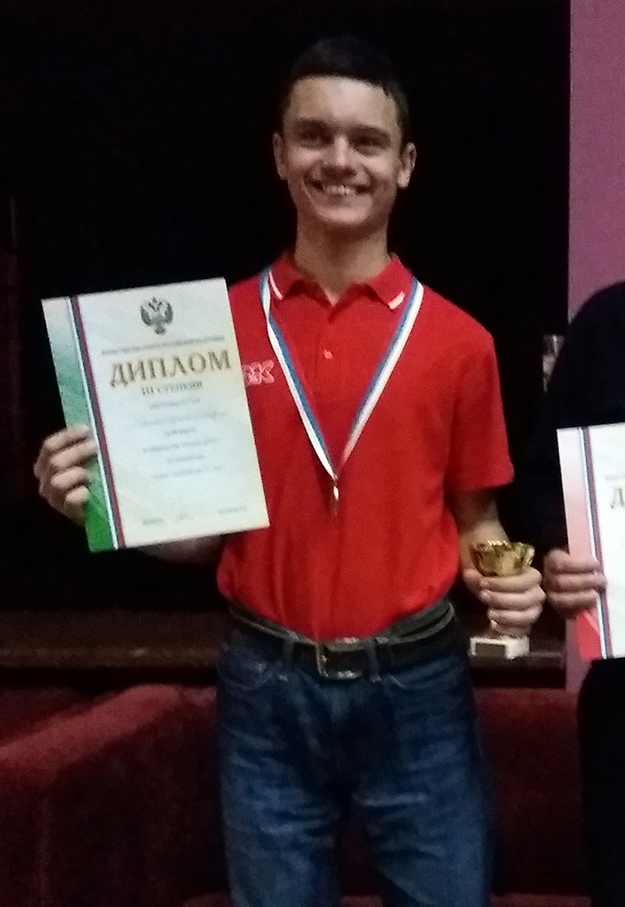 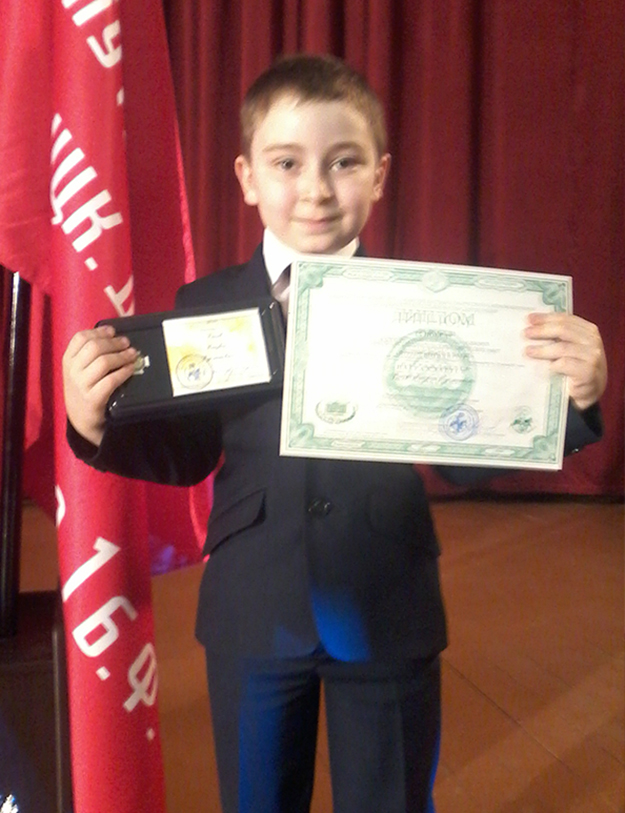