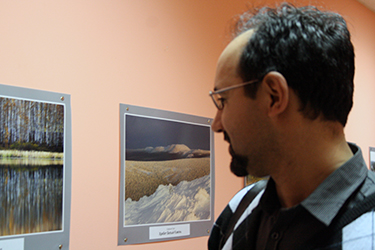 40 photographs of the leader of the expedition «North Pole» (1994), «Russian roads» (1997), «One hundredth meridian» (2002), «Republic of North Ossetia – Alania» (2007), «Amazing Kuzbas» and many of the others, the author of 15 books will be exhibited in the Novohopersk museum of local lore (Voronezh region) during one month.

Nicolay Rudkvist with his own photo camera has gone around all regions of our country and took pictures of its most protected, hidden corners. According to many people’s recognition, the traveler’s photo reports are distinguished by sincerity and simplicity, and at the same time picturesqueness of each work.

– The fund regularly organizes art and photo exhibitions all over our country. – said Yulia Nutenko, the director of the charitable foundation «Children of Russia». – It’s solved to introduce Chernozem inhabitants with Ural inhabitants, show it’s the most beautiful, the most mysterious and unforgettable places by means of this exhibition.

According to the words of Gregory Achukov, the director of the museum of local lore, city gets such expositions not very often:

– Exhibition schedule of the museum is rich, but for the most part these are local authors. Not very long ago we opened a large exhibition of the Voronezh painters. – Gregory Alekseevich recollected. – As for photo exhibitions, for the most part this is beauties of our region, our nature reserve. So that Ural and its surroundings «came» to us for the first time and we of course get such initiative from the «Children of Russia» fund with pleasure.

Visiting program of Nicolay Rundkvist in Voronezh region hasn’t finished by opening of the exhibition. He hold meeting with pupils on 15 of March for the young inhabitants of Novohopersk. Children had an opportunity to ask questions to the famous traveler, to hear stories about far hikes and to see slide-show with expedition photographs. 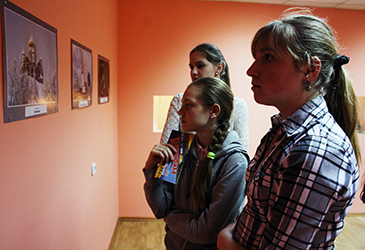 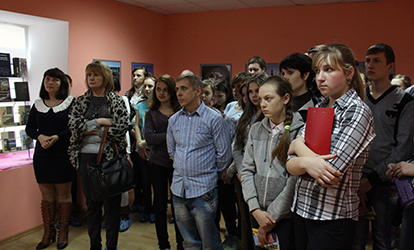