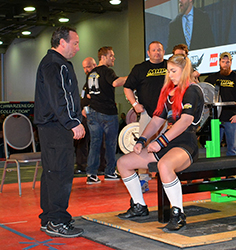 Not very long ago Mariana Naumova, grant holder of the «Children of Russia» fund, absolutely record holder of the world in barbell press in lying position, got personal invitation card in Multi-festival of force type of the sport of Arnold Classic.

Due to the fund support, the young sportswoman could go to this competition and made happy her supporters and admirers by new record. The event was held from 27 February to 3 March 2014 in Columbus city, Ohio State, USA.

Mariana participated in a show-tournament of barbell press in the lying position without equipment and in the official tour of the festival of Arnold Classic – «XPC Bench Freak Show». In the tournament without equipment Mariana broke her previous record in 10 kilograms and managed with the barbell by weight of 120 kilograms. Arnold Schwarzenegger congratulated Mariana personally with this record.

In the tournament with equipments Mariana, unfortunately, couldn’t break her previous record, because of technical error, the record which she set in the World Championship WPC on October of 2013 in Prague, and set only 132.5 kg. The barbell by weight of 140 kg. was left unsubdued.

– Thanks a lot for the help and regular support to the charitable fund «Children of Russia» and leaders of the company UGMK. Your help is priceless, Mariana can visit international tournaments of highest standard because of it! – Mariana’s father said after the event.

The tournament schedule of the strongest girl of the world is intensive as usual. She’ll arrive at Yekaterinburg in September-October, at the frame of multifestival «Golden Tiger» and held a few meetings in Yekaterinburg schools. 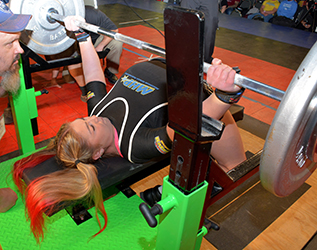 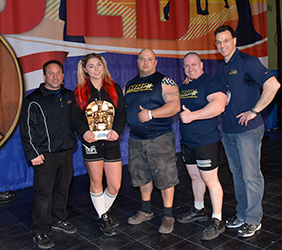 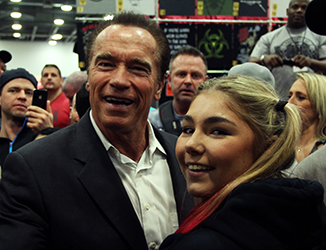 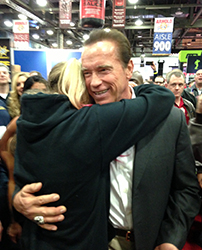