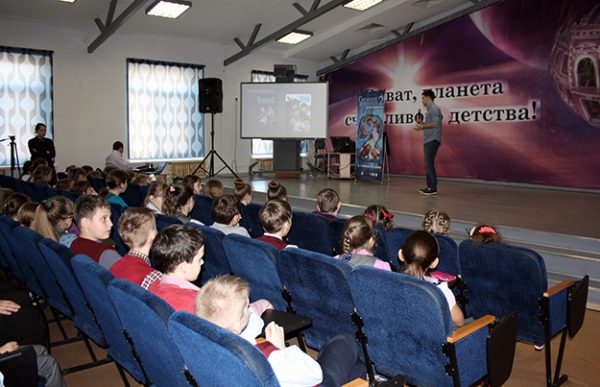 Everybody loves good heroes, incredible adventures and fascinating stories with happy end. All of these things there are in Russian animation. Characters and plots created by the studio “Wizart Animation” are the same. They are smart, kind and funny. Recently, creators of cartoon “The Snow Queen’’ (it was released in 130 countries) have visited school children of Black Earth Region.

“Today I will tell you how we create our cartoons’’, Aleksei Bogatirev (the Director of the studio school “Wizart” based in Voronezh) said to the audience.

There were some doubts before the beginning of this event. Children of 4, 5 and 6 classes could get bored listening to the process of cartoons’ creation. But all fears were unfounded. Children listened actively about creation of 3D models, creation of characters’ details, landscapes and textures.

The Deputy Director of the charity fund “Children of Russia, Marina Panfilova said, “The fund opened an animation studio based on the gymnasium in Borisoglebsk in 2013. When we started to communicate with “Wizart Animation” about this meeting, we knew that children would like it extremely”.

Children were given some master classes from Andrei, who is the professional movie cartoonist. Children were involved with creation of a character and simple plot.

“What I liked best was when Andrei showed us how to draw”, Ekaterina said, 6th grade student. She spent almost whole her free time in this studio.

More than that, the studio “Wizart Animation” released its cartoon “The Snow Queen” in different villages like Elan-Koleno, Krasnoe and Novokhopersky. Children enjoyed new adventures of Gerda and Kay. Some of them saw this cartoon many times. They said that there were a big difference between watching cartoons at home and watching the same on a big screen.

The house of culture in Elan-Koleno was presented all necessary equipment for watching films and cartoons on a big screen.

“Now we can show different cartoons, films and educational materials. It was our lifelong dream and the fund helped us to realize it”, Mikhail Fedushin said, the head of administration. 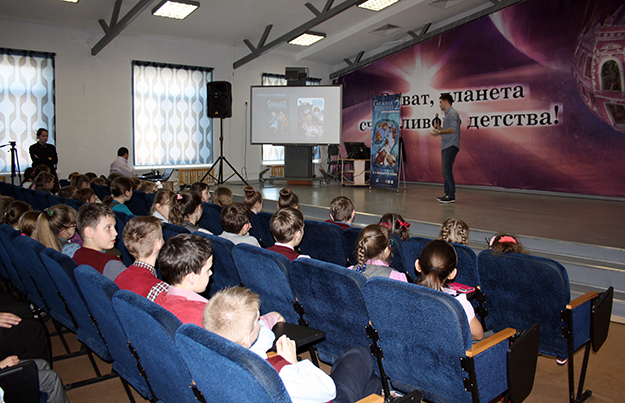 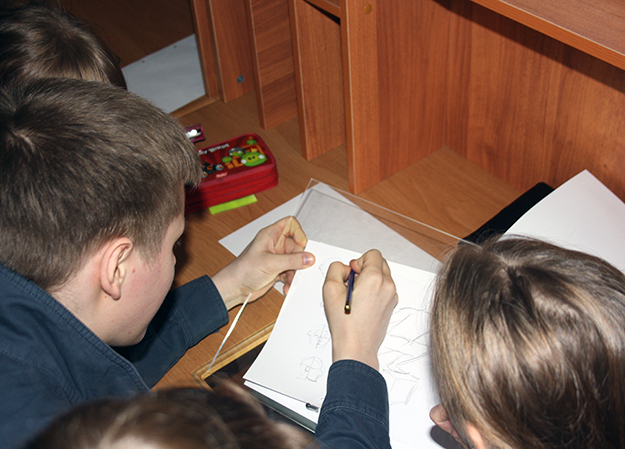 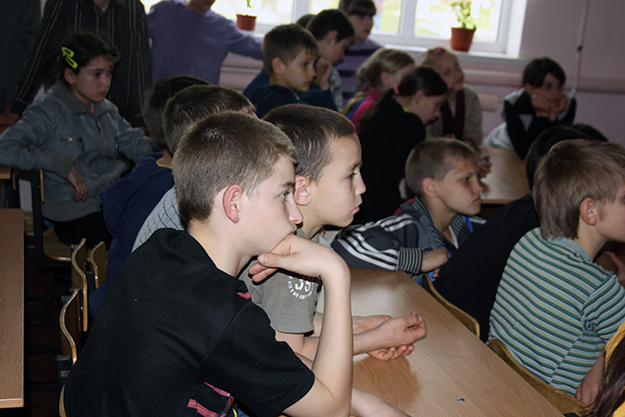