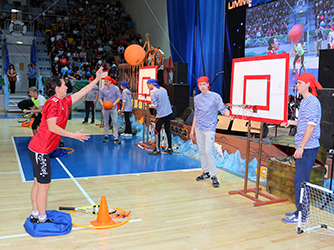 The sports and entertaining show “My Family and I” becomes peculiar every year: new competitions, new families-participants, creative spots and new performances of Russian celebrities. This year “My Family and I” was conducted in a marine style: water noise, little sailors in striped vests, stage made like a deck, and a boatswain-host, and his little assistant, a sailor boy by the wheel.

Seas of spectators were running high and impatiently waiting for the squall of sports emotions to sweep through the UMMC Sports Palace’s hall in Verkhnyaya Pyshma town.

The whole family in one boat

The sport families had been preparing for this moment the whole autumn 2013. They trained, took part in elimination rounds, getting the victory. The final is not only a sports challenge but also an examination for a family.

The participants of the show “My family and I” know how much courage a father should have to cover a distance on stilts in front of the spectators, supporters and, above everything else, of the whole family. Mothers-participants know how much patience you should have not to run at full speed in order to raise your little daughter or son, who didn’t cope with a huge inflatable squirrel wheel. 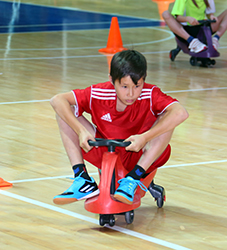 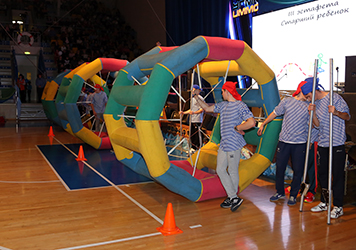 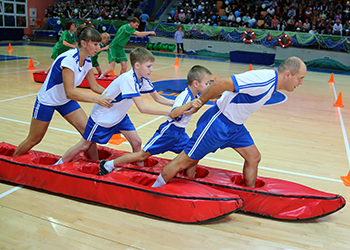 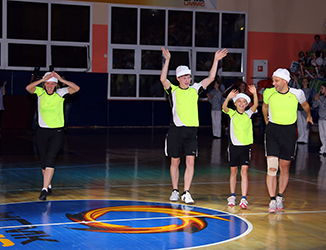 Flagmen of the stage

On the sports field there were sailors, boatswains and other ship workers, all of them wearing striped vests. Even cameramen, engineers and sound directors turned into real sea wolves for the duration of the show.

Creative teams also caught up the spirit of the sea and changed into sailors, pirates and brave captains. A dance group showed what sailors should do in a storm.

Little fishes were raised on bright yellow clothes up to the ceiling of the Sports Palace, while beneath on stage among the surging waves-clothes young gymnasts showed wonders of plastique and flexibility.

The main star of the show Dima Bilan, a winner of the Eurovision contest, proved his status and cheered his fans with an energetic and outstanding performance of a world-class singer. 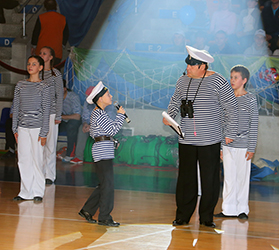 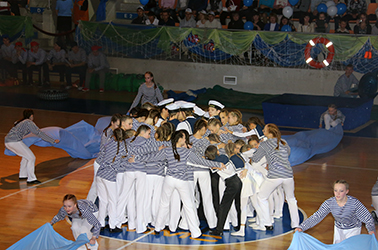 Swam there, know that –

This phrase could be said by the organizers of the show as well as by some sport families and by judges, it could be said by everyone – by experienced sportsmen, winners and awardees of the Olympic games, European, world and Russian championships.

In the final even the most skilled sea wolves were anxious as if they were going to the open roaring waters and looking at a packed audience for the first time. The Kornishins’ crew was the first one to cross the finish line. All teams-participants were awarded with prizes and presents.

In the course of the years “My Family and I” turned from a sport and entertaining show into a really family celebration, with sport families as main heroes.

Supporters come to encourage their friends and colleagues with their families. Spectators come and arrive with their nearest and dearest ones from different cities and towns of Russia. In 2013 there were only happy faces of children and adults. “My Family and I” show was splendid. 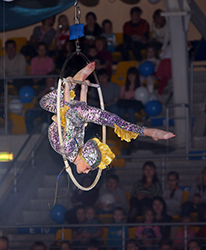 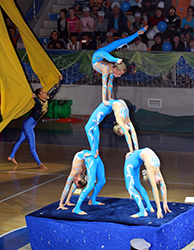 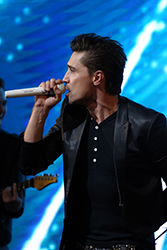